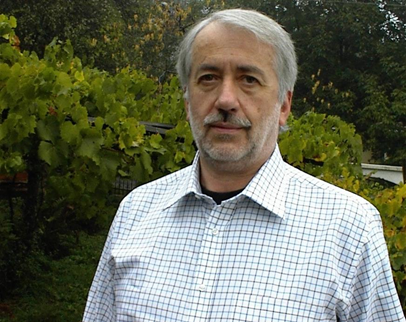 Leonardo Chiariglione, founder of MPEG, who brought MP3, DVD and digital television into millions of homes, recently has published his first book, Even the stars die: The history of MPEG and how it made digital media happen, which concludes the 32 years of glorious MPEG history and how MPEG changed the nature of communication with its approach to standardisation. After leading MPEG for 32 years, Leonardo Chiariglione announced that MPEG was closed last year and established a new group called MPAI (Moving Picture, Audio and Data Coding by Artificial Intelligence). According to him, MPEG’s spirit continues in MPAI.

LiveVideoStack is very happy to talk with Leonardo Chiariglione (via email) about his new book, MPEG and MPAI. An edited version of the interview follows below.

LiveVideoStack: Mr.Chiariglione，thank you very much for accepting the interview invitation. Your new book Even the stars die: The history of MPEG and how it made digital media happen has been published this summer, congratulations! Could you tell us what inspired you to write it? 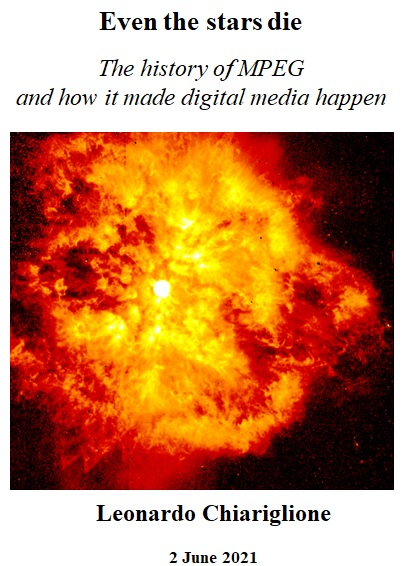 Even the stars die: The history of MPEG and how it made digital media happen

Leonardo Chiariglione:There is no doubt that MPEG was a unique story. A grassroot group that has made all media digital.

As the person who conceived the idea of such a group and led it for 32 years, I thought I had the duty not to let that big achievement fall into oblivion or, worse, be exploited by unscrupulous persons for unspeakable purposes.

LiveVideoStack: Please give us a reason why people should read this book.

Leonardo Chiariglione: The facts of history never repeat themselves, but fact templates do. The world of today is certainly not the world of 33 years ago and technology of today is not technology of 33 years ago, but human patterns are surprisingly constant. The book is not only a must read for those who want to understand how media were converted to digital, but also by those who may have in mind a big idea and are ready to draw inspiration from the unique MPEG story.

LiveVideoStack: You resigned from MPEG last year, and said that MPEG was closed, but MPEG disagrees. What happened between you and this video standards group?

Leonardo Chiariglione: We must first agree on the meaning of words. When the Union of Soviet Socialist Republics ended in 1991, did the land and the people who lived under that regime disappear? No, they did not, they became the Russian Federation, Ukraine, Kazakhstan etc. MPEG has disappeared like the USSR did and has been replaced by other organisations with such exciting names as WG1,WG2 etc.

The integrated group that I created in 1988 no longer exists and has been replaced by a collection of other entities.

If you say: “MPEG disagrees”, you should tell me what is the thing you call MPEG.

If you ask: “What happened between you and this video standards group?”, I will simply say that, like it happens when a gang hijacks an airplane, MPEG has been hijacked. This is something that was common in feudal times, as it is recounted in the Romance of Three Kingdoms. ISO is one of the places in the world today where this is still possible.

If you ask: “What happened between you and the people in this standard group”, my answer is absolutely nothing, save for the hijackers. For decades I had a wonderful relationship with the thousands of people I have worked with in MPEG.

LiveVideoStack: Do you have any regrets in MPEG, or something you wish you had done?

Leonardo Chiariglione: A group like MPEG with a structure that had been honed over decades should have continued for many more decades. At a celebration event of the 100th meeting I said: “if in 100 years MPEG will no longer exist, it will be because the people wanted to kill it.” That was a prophecy.

LiveVideoStack: Since you've started your new career——MPAI, what are your expectations in it?

Leonardo Chiariglione: I would not call MPAI a new career, but the organisation that wants to play the role of the body producing standards for data coding based on Artificial Intelligence, as much as MPEG played the role of producing standards for media coding using Data Processing. This is not just a plan because there are 3 draft documents that have recently been published seeking comments from the community. The first two are draft standards that will be published on 30 September. More standards will follow in the next few months.

LiveVideoStack: How many standards are progressing in MPAI (Could you give us more details on one or two standards)?

Leonardo Chiariglione: Let me give some details. The foundational standard is AI Framework (MPAI-AIF) planned to be released in October. It is a standard environment where AI Workflows composed of basic processing elements called AI Modules can be executed. AI Workflows and AI Modules that have passed security, conformance and performance review can be downloaded from the MPAI Store . The performance of an implementation is measured by its Reliability, Robustness, Replicability and Fairness.

Another standard, planned to be released in September is Multimodal Conversation (MPAI-MMC), mentioned before (https://mpai.community/standards/mpai-mmc/draft-standard/). MPAI-MMC's Conversation With Emotion supports audio-visual conversation with a machine impersonated by a synthetic voice and an animated face; Multimodal Question Answering supports request for information about a displayed object; Unidirectional, Bidirectional and One-to-Many Speech Translation support conversational translation using a synthetic voice that preserves the speech features of the speaking human.

LiveVideoStack: When will the first standard (which one) come out? In your view, how long will it take to achieve a wide range of applications?

Leonardo Chiariglione: There are two standards that will likely be published on 30 September: MPAI-MMC and MPAI-CUI. The latter includes a Use Case called “AI-based Company Performance Prediction”that enables a user to assess a company's organisational adequacy, default probability and business discontinuity probability in a given prediction horizon, e.g., 3 or 5 years.

Some MPAI Members will implement the standards as soon as they will be published.

LiveVideoStack: Do you think the developments of EVC and AV1 would loosen the patent restrictions of VVC?

Leonardo Chiariglione: I have written many times about how the rightful practice of remunerating good technology that MPEG had fostered had actually festered and needed to be revisited. I don't know if anything will change. The only thing I know is that only 12% of internet video uses HEVC. The names of those responsible of debacle are known.

LiveVideoStack: As you see it, will video codecs (end to end, multi-scenario application ) based on AI be the future trend? What is the biggest challenge of implementing it (loss of standards or hardware problems)?

Leonardo Chiariglione: There is no doubt that AI will play a role in video coding. Unfortunately, the decision on which approach the next research will invest on will not be based on technology or business merits or user needs, but on the patents that underpin past video coding standards.

LiveVideoStack: Do you think codecs based on AI would outperform classical codecs soon or they would co-exist for a long time?

In an article that I posted a few days ago (https://blog.chiariglione.org/the-governance-of-the-mpai-ecosystem/), I wrote: “If the machine doing the compression, after a careful training, has learnt that certain patterns are more common than others, it will probably compress better than a machine that has been hardwired to perform certain operations by a human who has understood how certain patterns appear and devised a mechanism to exploit those patterns.” AI mimicks the way humans interpret the new based on their experience. Therefore, the capability of machines to accumulate experience is bound to increase as processing and storage capabilities increase.

Don't expect, however, that AI video coding will overtake traditional video coding. Technology moves fast, but the investment made on past technologies is so huge that deployment of new technologies is bound to take time. An exciting future lies ahead.

LiveVideoStack: Have you found any opportunities for MPAI in China?

Leonardo Chiariglione: We have several members from China, but the country is so huge that it is reasonable to expect more Chinese members to join.